Three lessons about Jesus on the Abraham Path 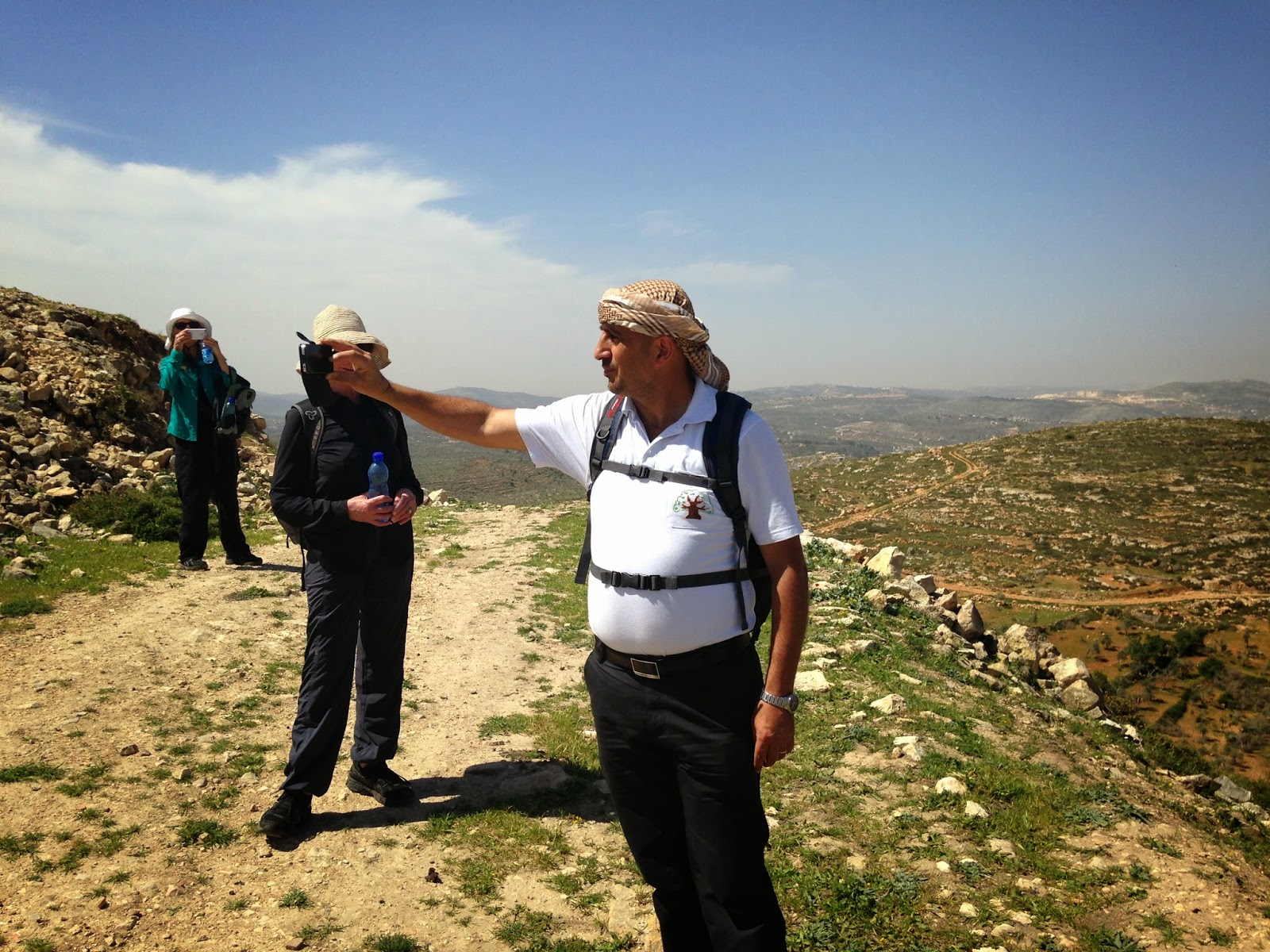 "It doesn't matter where it happened," says our guide as we looked across a wide West Bank valley toward Palestine's largest city, Nablus.  "People go to Bethlehem to see the place where Jesus was born. You see them kissing the mark.  I don't believe it myself," George Rishmawi, a native of Bethlehem, continues.  "I don't believe he was born there. He may have been born in Nazareth. What matters is that he was born."

The same goes for the stories George tells from this spot along the Abraham Path -- National Geographic Traveler's #1 rated new walking trail.  George points to two mountains on the other side of the valley. Nablus is tucked between them. To the north is Mount Ebal.  To the south is Mount Gerizim, the religious center of the Samaritans (yes, as in "the good one").  Joshua (who led the massacre of Jericho), and the family of Jacob (remember the "Technicolor Dreamcoat"?) are also associated with these two mountains.   Some say Abraham was about to sacrifice his son on Mount Gerizim. Readers familiar with my coverage of the hajj pilgrimage know that for Muslims, Abraham's great challenge took place at Mina, outside Mecca in today's Saudi Arabia. For others the rock under Jerusalem's great Dome of the Rock mosque is identified as the place of potential sacrifice. As George Rishmawi says, it doesn't matter where it was or even which son. It's the lessons you take from the story. 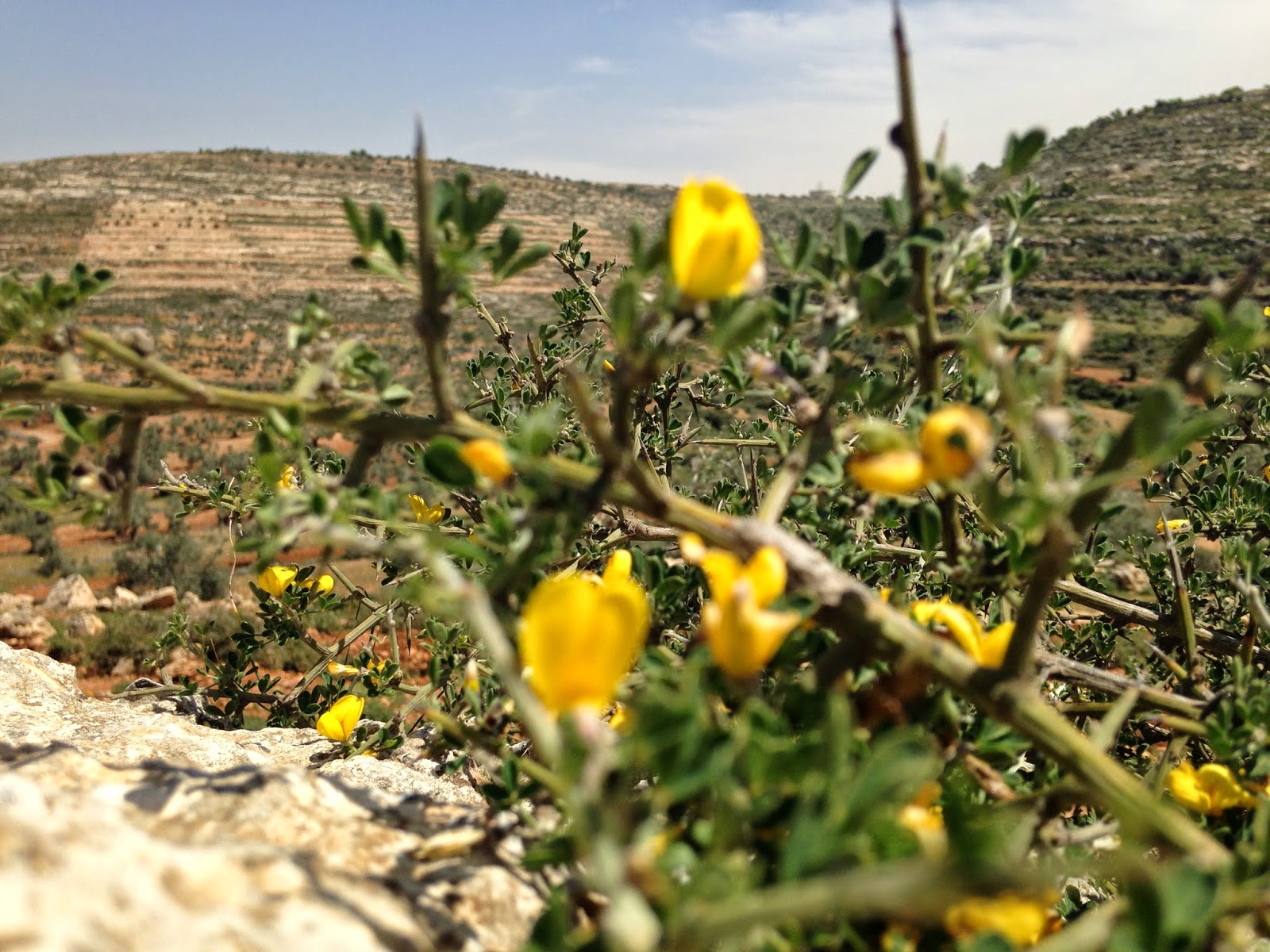 Take the Samaritan story George told us. Not the tale of "the good one" -- apparently there was more than one good Samaritan. Due to hostilities with other Jewish tribes the Samaritans got a bad rap, a fuss over land, construction, work force -- the usual. Bad rap, bad blood, bad relationship.  Most Jews avoided crossing Samaritan country, but Jesus, on his increasingly counterculture and inclusive mission, walked right through Samaria. On that day above Nablus, walking along the Abraham Path we could imagine just how thirsty Jesus may have been, traveling under the white bright sun. "There came a woman of Samaria to draw water," recounts John in the Bible, Chapter 4 Verse 7.  She offered Jesus water from the well of Jacob.  He accepted.  Culture clash number one: she was Samaritan and he, a Jew. Clash number two: she was a she and he was a he and Jewish men didn't speak to women in public. By saying "yes" Jesus decidedly demonstrates connection with "the other." 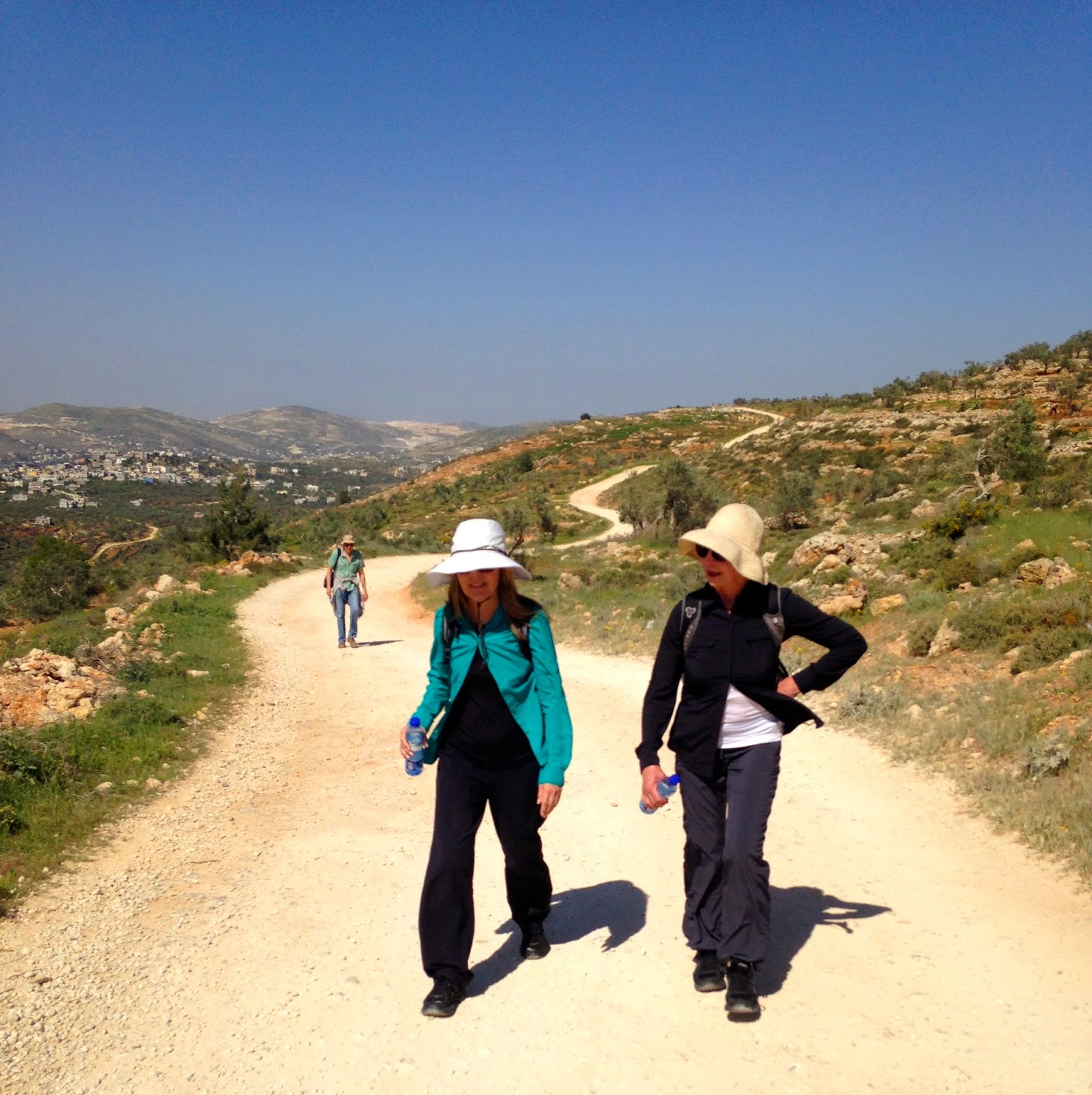 Up the road a good several days walk is the Sea of Galilee where much of Jesus's important work takes place. Like healing lepers. Heal them: heal the suffering, heal the sick. Jesus shows it's not just a good idea; it's a practice.

Down the road, in Jericho, the oldest continually inhabited city in the world, Jesus spies Zacchaeus, a tax collector who's climbed a tree in order to see Jesus above the crowds. Tax collectors then, like now, were not popular. Tax collecting was considered a sin. And Jesus says, c'mon down Zacchaeus, I'm having dinner at your house tonight. The story in Luke Chapter 19, Verses 7-10 continues, "All the people saw this and began to mutter, 'He has gone to be the guest of a sinner.'" But Zacchaeus renounces half of what he has and promises to pay back anyone he's cheated four times over.  Jesus declares that "salvation has come to this house because this man, too, is a son of Abraham." In the Book of Matthew, Chapter 9:11 Jesus explains "it is not the healthy who need a doctor but the sick." Jesus came to work with people who need work, not with the well ones.

These were three of the Abrahamic fables George Rishmawi shared as we walked together in the exquisite Palestinian countryside, where poppies bloom, the scent of jasmine is in the air, and almond trees are heavy with new fruit. The "fruit" of sheep lays on the land, too, so one must occasionally watch where the foot falls. 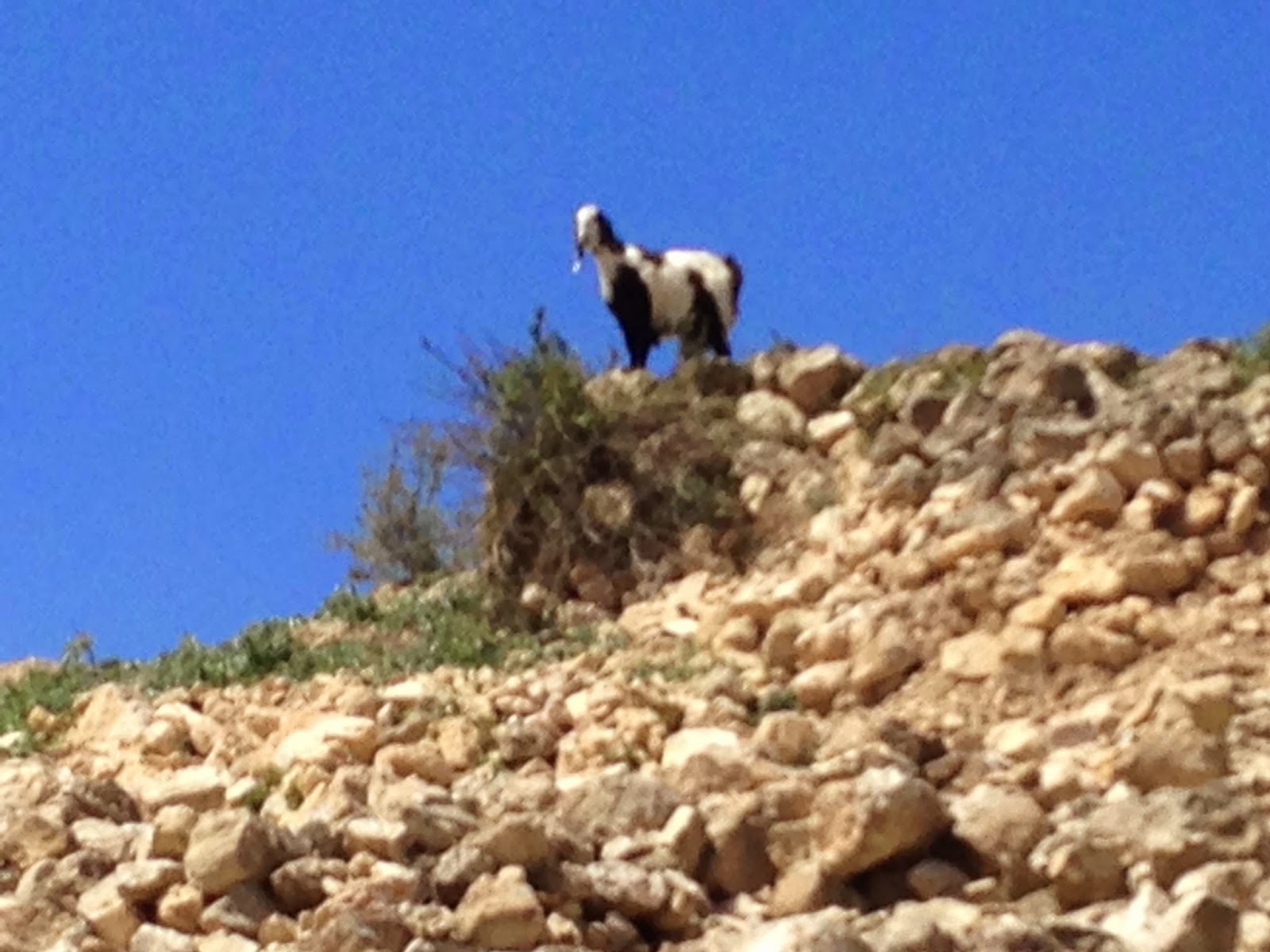 But feet fall on contested land regularly here. What I appreciate about the Abraham Path Initiative -- and why I sit on its board of directors -- is that our feet move forward in a purposeful direction as we walk together on land that really, if you ask it, belongs to no one. And as we walk in the same direction something figurative grows from the literal. Partnership. Vision. Hope. Step by step reconnecting the human family.  This project, that ABC News correspondent Christiane Amanpour calls "an unprecedented initiative," brings cultural tourism and economic development to this region. The Abraham Path or Masar Ibrahim in Arabic, aims to retrace the route of Abraham across Mesopotamia sometime between three and five thousand years ago.  It provides for an empirical knowledge of the people of this region by people from away (in Maine, where my husband's family is from, you're either local or you're from "away"). Currently, the Masar measures miles in the countryside and villages of southern Turkey, western Jordan, eastern Palestine, and its western neighbor. Eventually the Abraham Path may connect to even more places where the legends and lore of this fierce monotheist and gentle purveyor of hospitality wandered with family and flocks, live on, including present day Egypt, Iran, Iraq, Saudi Arabia, and Syria.

George Rishmawi is right: it doesn't matter where or in some cases even if a Biblical or Qur'anic story is true. What matter is what we get from the story and how we give it back into the world, upholding values of connection, healing, and transforming lives.
Posted by Anisa Mehdi at 2:28 PM