"Going to Church and Mosque in Algeria," Encore of NPR Commentary 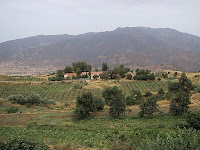 I wrote and read this commentary for National Public Radio in 2005 after conducting documentary film research in Algeria and France. I post if for you now in honor of the Trappist monks who stayed put in a dangerous time and place out of love and respect for their Muslim friends and neighbors -- who also stayed put for the monks.

A feature film on the lives of the monks, "Of Gods and Men" by Xavier Beauvois, is France's submission to this year's Academy Awards. I'm still working on my documentary, hindered not by content but by funding. My film goes well beyond the sacrifice of the Trappists to the extraordinary outreach across religious lines their friends and family have undertaken in the wake of their tragic deaths.

The story is immediate and important.

Commentator Anisa Mehdi has the story of Christian de Chergé, a Trappist monk in Algeria in the 20th century.

Here's a story about Roman Catholics in Algeria from commentator Anisa Mehdi. 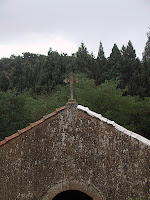 Algeria is no stranger to the church. The fourth century theologian St. Augustine was born in what is now the eastern edge of Algeria and wrote his famous confessions there. Christians have been in the area ever since. When the French colonized Algeria beginning in 1830, they brought along Catholic monks to prove to the local Muslims that they, too, had religion.

One of Algeria's outstanding 20th century monks was also from France. In the 1850s, Christian de Chergé was a lieutenant in the French army fighting against Algerian independence. During that time one of the local Muslims he befriended died protecting him. No one would forget such a sacrifice, least of all the pious Christian de Chergé.

After Algeria won independence in 1962, de Chergé became a Trappist monk. He begged to be posted in Algeria. Father Christian spent the rest of his life learning Arabic and studying Islam. In 1972, he traveled from his Algerian monastery to Italy to study at the Pontifical Institute of Arabic and Islamic Studies in Rome. Did you know there even was one? De Chergé dedicated his ministry to building faith together with Muslims. He and his brothers at their tiny monastery tucked away in the Atlas Mountains welcomed Muslims for discussions, retreats and cultivation. 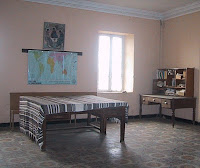 They weren't out to cultivate Christians. They were cultivating honey, vegetables, fruit trees and friendship.

Neither the Catholics nor the Muslims in these gatherings tried to convert the other. Instead, they tried to sow an understanding of the Word of God, to search together for God's will, to create as best they could a model of behavior for the kingdom of heaven. It didn't work. Hell came instead. A merciless civil war terrorized Algeria in the 1990s, and in March 1996 some faction in that bitter war kidnapped Father Christian and six of his brother monks. Two months later only their heads were found. Their funeral was held at the magnificent cathedral of Our Lady of Africa high on the cliffs of Algiers overlooking the Mediterranean. The archbishop of Algiers and Muslim religious leaders, French diplomats and Algerian politicians all attended; so did thousands of ordinary citizens.

Family and friends of the martyred monks are continuing their work, pursuing dialogue in both Algeria and France. Christians and Muslims worldwide must keep moving toward friendship following the lead of these Algerian monks and the late pope, John Paul II. They don't have to believe each other's theology. They just need to uphold the essential codes they share: to show mercy, be just, give charity, love one another and love God.

BLOCK: Anisa Mehdi is producing a documentary film about the monks and Muslims of Algeria. 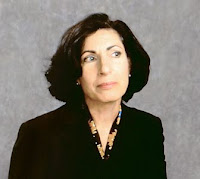 BRANCHBURG — The stories of women from around the world will be told during events for Women's History Month at Raritan Valley Community College.

From women in Egypt and Sierra Leone in Africa to local women who graduated from RVCC, the college's March programs include a wide range of experiences and perspectives.

The programs are all free and open to the public.

They center on the theme "Our History is Our Strength: Celebrating the Centenary of International Women's Day." International Women's Day is a global event, first celebrated in 1911, that grew out of demands by women, labor unions and socialist organizations for better rights and working conditions for women worldwide. It served as the germ for the eventual proclamation of Women's History Month by the federal government in the 1980s.

Here are details about each event:

Posted by Anisa Mehdi at 8:55 AM No comments: