More than a tour

We were enjoying nouvelle Palestinian cuisine at Jerusalem's American Colony Hotel when the text came from Huda.  "The checkpoint was horrible." 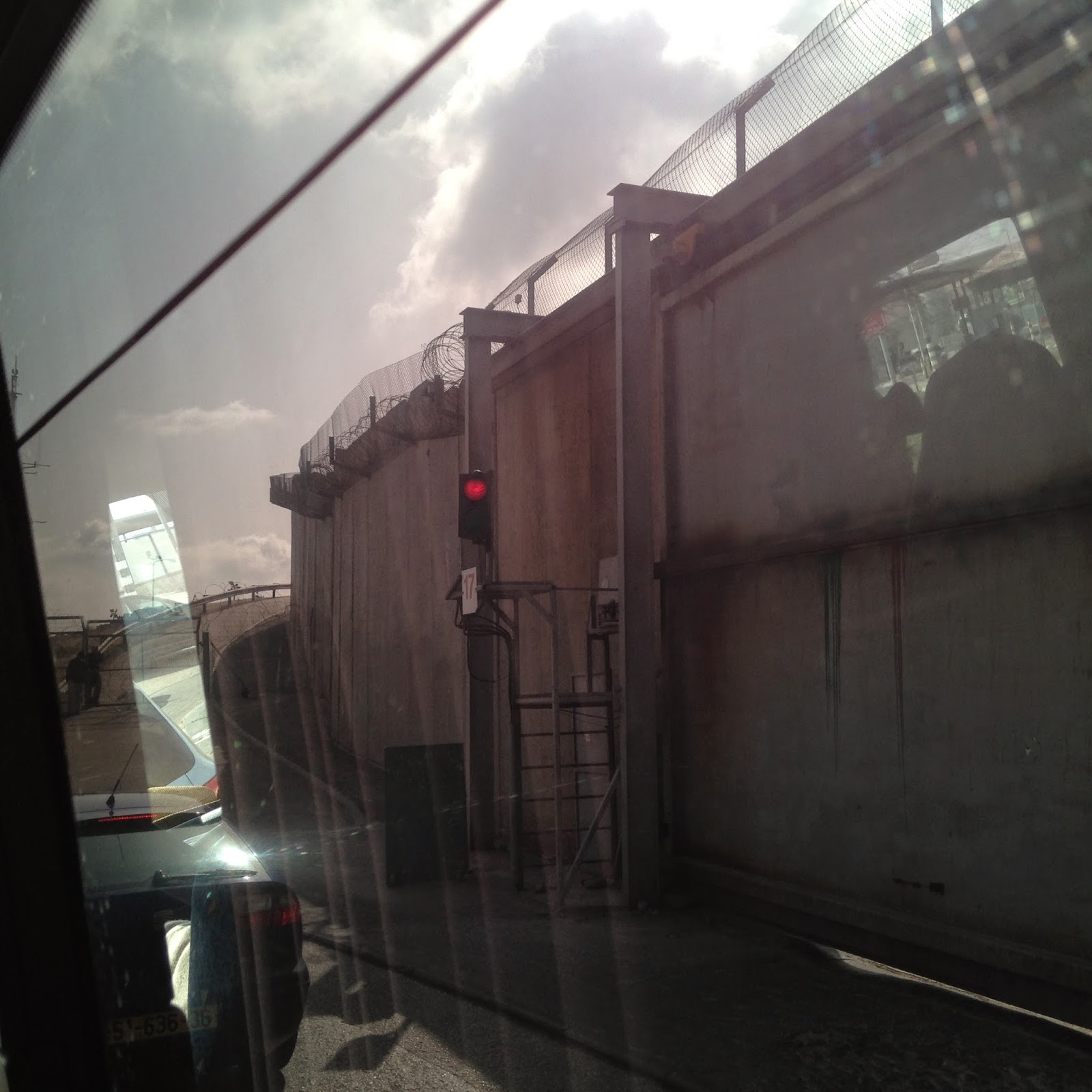 Silence descended on the table.

We'd spent the day together with Huda.  She was our interpreter and guide.  She'd set up our appointments for the day.  A teacher and interfaith activist, Huda was our friend and a core member of our team.  The checkpoint was horrible.

Huda, Palestinian, had to return home to Hebron that night.  Huda, Palestinian, was not allowed by Israeli law to spend the night with in Jerusalem without a special permit. It took three hours that Tuesday night for her to get through the check point between Jerusalem and Bethlehem -- crossing with thousands of workers returning at the end of the work day.  For years Palestinians crossing into "Area A" have had to take cars, cabs or public busses to a wall of chain link fences, then on foot get channeled like cattle through mazes of gates (picture a Disney-prison entrance), show identity papers and answer questions about who what where when and why, and once processed, then walk, or find wheels on the "occupied" side to finally get home.  It's a commute from hell.  A red sign posted on approach to the check point warns the that "The Entrance For Israeli Citizens Is Forbidden, Dangerous To Your Lives And Is Against The Israeli Law." (I didn't invent the capitalizations.)

Buried in newspaper articles on the Israeli occupation of Palestine are references to the checkpoints and concomitant indignities, but as any story to which one has a personal connection, it really hits home when your friend is subjected to a social injustice.

I get to be in Jerusalem for almost two weeks on a study tour with members of the Esalen Institute's Center for Theory and Research and TRACK TWO: An Institute for Citizen Diplomacy. We are immersed in questions of the Abrahamic family and the role religious actors play in conflict resolution. Two weeks is not a long time to absorb the complexities and nuances of the people on this land but we're doing our best by scheduling jam-packed days of looking and listening. Huda is key to making this happen.

Beyond "fixing" our journey she is on a remarkable journey of her own these two weeks.  Like me she is one of Esalen's minority Muslim devotees. Several times she's been to Esalen's piece-of-paradise campus in Big Sur, California.  But it's 20 years since she's been to Jerusalem or Ramallah -- only 25 minutes as the dove flies from Hebron. These past three days she's seen the exclusive for-Israelis-only highways and the "separation" wall that cuts through townships in person for the very first time.  She was thrilled to return to Jerusalem's famous Damascus Gate; she bought us tea where she used to sit with her grandfather at a street corner cafe nearby.  She brought us to her mother's favorite bakery where the aroma of anise on a special pastry left her eyes shimmering with tears. "She used to buy those for us every week."

According to Abraham Maslow, the great social psychologist who spent time at Esalen Institute in the 1960s, only about two percent of the human population has the luxury of wrestling with the higher values of social justice, individual wholeness, and self-expression. The rest wrestle with finding food, clothing and shelter.  Huda's reality bridges those worlds.

Social madness like checkpoints, walls, and identity cards, is not sustainable. We're not in a brave new world -- not yet. And here, on the western edge of Mesopotamia, Huda is one of a growing number of Palestinians and Israelis that we are meeting who are determined to apply the luxury values of the two percent (self-awareness and social justice) while they stand with thousands of others who are dazed in the maze of a checkpoint, waiting at the bottom of the pyramid to put food on the table for their families.